The Importance of Value Creation 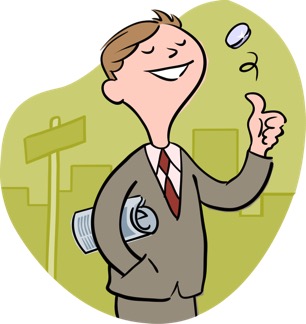 Here’s a helpful article making the rounds on social media. Whatever your political persuasion, this article clearly defines two fundamental approaches to negotiation, and how the president seems to deploy only one style: distributive negotiation. This is the view that negotiation is solely the task of capturing value, or winning/losing.

As David Honig of Indiana University’s School of Law outlines below, and as alumni of our programs will readily recall, value capture is only part of the work needed for successful negotiation. And, as no surprise to them, it’s not the first step.

Before divvying up the goods, skilled negotiators know that they must focus on value creation and have an eye toward the future impacts of their immediate tactics and any deals they make. The academic term for this is integrative negotiation. The simple metaphor is to expand the pie before you divide it.

Ignoring value creation doesn’t just risk losing a single deal. By speeding to value capture, we risk playing the wrong game entirely. As Honig says so clearly, it’s not even bringing checkers to a chess match.

“I’m going to get a little wonky and write about Donald Trump and negotiations. For those who don’t know, I’m an adjunct professor at Indiana University – Robert H. McKinney School of Law and I teach negotiations. Okay, here goes.

Trump, as most of us know, is the credited author of “The Art of the Deal” …If you’ve read The Art of the Deal, or if you’ve followed Trump lately, you’ll know, even if you didn’t know the label, that he sees all dealmaking as what we call “distributive bargaining.”

Distributive bargaining always has a winner and a loser. It happens when there is a fixed quantity of something and two sides are fighting over how it gets distributed. Think of it as a pie and you’re fighting over who gets how many pieces. In Trump’s world, the bargaining was for a building, or for construction work, or subcontractors. He perceives a successful bargain as one in which there is a winner and a loser, so if he pays less than the seller wants, he wins. The more he saves the more he wins.

The other type of bargaining is called integrative bargaining. In integrative bargaining the two sides don’t have a complete conflict of interest, and it is possible to reach mutually beneficial agreements. Think of it, not a single pie to be divided by two hungry people, but as a baker and a caterer negotiating over how many pies will be baked at what prices, and the nature of their ongoing relationship after this one gig is over.

…For people who study negotiations, this is incredibly basic stuff, negotiations 101, definitions you learn before you even start talking about styles and tactics. And here’s another huge problem for us.

Trump is utterly convinced that his experience in a closely held real estate company has prepared him to run a nation, and therefore he rejects the advice of people who spent entire careers studying the nuances of international negotiations and diplomacy. But the leaders on the other side of the table have not eschewed expertise, they have embraced it. And that means they look at Trump and, given his very limited tool chest and his blindly distributive understanding of negotiation, they know exactly what he is going to do and exactly how to respond to it.

From a professional negotiation point of view, Trump isn’t even bringing checkers to a chess match. He’s bringing a quarter that he insists of flipping for heads or tails, while everybody else is studying the chess board to decide whether it’s better to open with Najdorf or Grünfeld.”

What do you think? Do distributive and integrative bargaining both have a place in international negotiations?