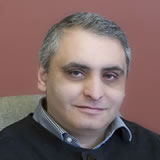 Arthur G. Martirosyan is a Senior Consultant with CMPartners. In 1994 he joined Conflict Management Group (CMG) and worked with Professor Roger Fisher on several projects in the former Soviet Union. From 2001 through 2008 he was the Director of the Momentum Program: Leadership and Negotiation Culture Change in the Former Soviet Union (FSU). In his fifteen year career as a conflict management specialist, Arthur has been involved in the design and implementation of a series of successful strategic assistance projects in the complex ethno-political conflicts of Chechnya (Russian Federation), South Ossetia and Abkhazia (Georgia). In 1995-1999 as a Co-Director of the Network of Early Warning and Ethnological Monitoring of Conflict in the FSU, he authored analytical articles on the status of conflicts and negotiation processes in the Caucasus.

Arthur Martirosyan also designed innovative approaches to studying the impact of stereotyping on negotiations and the role of media in transforming cognitive and attitudinal aspects of public opinion on conflicts. From 2003 to 2008 Arthur managed the Israeli Palestinian Negotiation Partners program that engaged senior technical advisors to the top decision-makers of the sides in a joint negotiation skills development process.

For four years now he has been involved with Mercy Corps’ efforts at building a network of professional negotiators in Iraq and Kosovo. Before joining CMG, Arthur was a program associate with the Civic Education Project, a not-for-profit organization which aimed to reform social science departments of universities in Eastern Europe and the FSU.

Arthur Martirosyan has a MA in English Literature and Translation Techniques from St. Petersburg University in Russia, and MA in International Relations from Yale University, where his focus was on nationalism, conflict and transition to democracy. Currently, he is finishing his Ph.D. dissertation in political science at the Academy of Public Administration, Office of the President of the Russian Federation. He has functional native proficiency in Armenian and Russian, advanced professional proficiency in Georgian and limited working proficiency in German, French, Spanish and beginner’s level in Serbian, Ukrainian and Arabic.