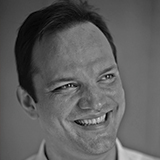 Ricardo Pérez Nuckel is a consultant, mediator and trainer. He is a founding partner of AlterNego, a conflict management and negotiation firm based in France and has been working in this field since 2000. He is now based in Brazil to develop the Latin American services.

As a consultant, he has worked in different sectors and areas on internal (leadership, union negotiations, change management, psycho-social factors, etc.) and external issues (sales, lobbying, partnerships, etc.) to help organizations and communities develop commitment of their stakeholders through improvement of their negotiation, conflict management and crisis management capabilities.

As a mediator, he intervenes in team conflicts and also between organizations. In the public sector, he has worked on trust-building in post-conflict countries (Burundi, Timor Leste, Liberia, Afghanistan, Israël and Palestine) and also on community mediation in different cities in France (Toulouse, Lille, Montreuil). He is also an expert for different international organizations, like the United Nations, the World Bank or the Council of Europe and created in 2005 with Julien Ohana and Jean Balié (FAO) a multilateral WTO type negotiation. He developed with Essec Iréné for the European Commission the module on complex multilateral negotiations.

As a trainer, Ricardo has trained people from private and public organizations and from academic institutions (government schools, engineers and managers) across the five continents from villages and neighborhoods to board members and high level politicians.

As a researcher, he specializes in conflict dynamics, conflict management systems and intercultural issues. He has published an innovative study in France on Conflict Management Systems in 2009. He co-wrote a book on psychosocial risks (ESF, 2012) and co-wrote a book on the negotiators mind-set (DeBoeck, 2017). He holds a Masters in English and American Business Law (La Sorbonne, Paris 1) and a MBA (Essec Business School).