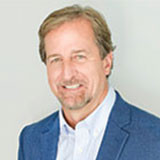 Eric Henry is a Founder and Partner of CMPartners and a Board Member and Secretary of The Bridgeway Group.

Eric Henry conducts workshops on negotiation strategy, joint problem solving and communication mastery, and acts as an advisor to one or several parties to a negotiation or dispute. Mr. Henry has worked in a wide variety of settings throughout North America and in more than 30 countries throughout the world, in both the private and public sectors. In the private sector, Mr. Henry has worked with numerous Fortune 100 global companies in the financial services, defense, oil and gas, professional services, manufacturing, and consumer products industries. This work has been on international joint ventures, procurement, global supply chain, sales, and labor relations issues.

In the public sector, he has worked extensively with intergovernmental institutions including The World Bank Group, the International Monetary Fund (IMF), the Asian Development Bank (ADB), the European bank for Reconstruction & Development  (EBRD), the Inter-American Development Bank (IDB) and the United Nations to design and deliver a variety of training programs in negotiation, difficult conversations, communication and conflict management. Since 2003, Mr. Henry has focused much of his public sector work on training and advising political, military and civil society leaders in Nepal on issues during and after the recent civil war.

Mr. Henry has taught and trained in association with numerous leading universities around the world including the Institute for Management Development (IMD), the National University of Singapore (NUS), The American University of Beirut (AUB), Kashmir University, Duke Corporate Education, and the Dubai Institute of Human Resource Development. Mr. Henry was a Scholar in Residence and Guest Lecturer at the graduate School of International and Public Affairs at American University in Washington, D.C. (2005—06).  He is currently an Adjunct Professor at the Johns Hopkins University School of Advanced International Studies (SAIS) in Washington, D.C.

Prior to forming CMPartners, Mr. Henry was a practicing attorney, first serving as Law Clerk for United States District Court Judge Charles P. Sifton in New York from 1984-85. During 1985-88, he was an attorney with the firm of Cahill Gordon & Reindel in New York and in Washington, D.C., specializing in constitutional (first amendment/free speech) and commercial litigation. From 1988—2000, Mr. Henry was Founder and President of Logetel, Inc., a licensed merchandise manufacturer and distributor for top cartoonists (e.g., Charles Schulz “Peanuts”, Jim Davis “Garfield”, Gary Larson “The Far Side”) and other leading entertainment, film and television properties.

Mr. Henry received his BA from Brown University in 1979 and his JD from The New York University School of Law in 1984, where he was awarded the Lewis J. Powell, Jr. Medal for Excellence in Advocacy.