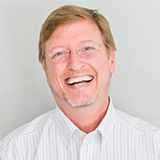 Jim Tull is a Partner with CMPartners and a globally recognized leader in the field of interdependence management. Mr. Tull has advised and trained top-level government officials and business leaders in over 75 countries.

In his public sector practice, he has provided leadership-level support on national conflicts in Bolivia, Colombia, Guyana, Nicaragua, Paraguay, Venezuela and the Middle East. In addition, Mr. Tull has advised and developed trainings for a wide range of public sector groups, such as OXFAM, Mercy Corps International, Indonesia’s Ministry of Trade, El Salvador’s Ministry of Education, and many of Canada’s First Nations Communities. Mr. Tull has developed lasting relationships with many branches of the United Nations, working extensively with the World Health Organization, World Food Program, Food and Agriculture Organization, International Fund for Agricultural Development, United Nations Development Programme, Office for the Coordination of Humanitarian Affairs and the United Nations Children’s Fund in their offices throughout the world.

Recent projects include the successful mediation of a decades-long $135 million dispute between a South American country and two European companies; skills-training for mid-career officials from both sides in the Middle East conflict; and the delivery of an executive education course for military leaders from 20 countries around the globe.

Preceding his time at CMPartners, Mr. Tull worked closely with Prof. Roger Fisher, author of the seminal work Getting to YES, at the Conflict Management Group for nearly a decade. Prior to that, Mr. Tull spent five years living in Central and South America as an International Partner with Habitat for Humanity working in indigenous villages. His interest in negotiation theory was made very personal in Nicaragua when he was held hostage by Recompa guerrillas and negotiated his own release.

Jim received his Master of Public Administration from the Kennedy School of Government at Harvard University, and his B.A. with honors from Kenyon College. He currently serves as a Board Member for the Harvard Kennedy School’s New England Alumni Association.