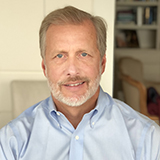 Ken Hyatt is a Founder and Partner of CMPartners. Mr. Hyatt serves as an advisor to clients engaged in complex negotiations, conflicts and the management of critical relationships. His work includes facilitating complex disputes on a non-partisan basis, advising one side on negotiating a specific transaction, advising organizations on improving internal conflict management and decision-making processes, and advising organizations on creating, maintaining and/or repairing relationships with critical internal and external parties. He provides trade and investment advice to organizations engaged in international commerce. He also designs and conducts training workshops throughout the world.

Mr. Hyatt recently rejoined CMPartners after serving in the U.S. Department of Commerce. He served as the Acting Under Secretary and Deputy Under Secretary for International Trade. He oversaw the strategy and operations of the International Trade Administration (ITA) with an annual budget of just under $500 million and more than 2,200 employees worldwide. He led ITA which contributes to the development of U.S. trade policy, identifies and resolves market access and compliance issues, promotes U.S. competitiveness and the strength of U.S. companies in the global economy, administers U.S. trade laws, and undertakes a range of trade and investment promotion and trade advocacy efforts. He worked with a wide range of U.S. companies, helping them achieve their international objectives and with foreign governments on the development and implementation of trade and investment policies. He also co-led the creation of SelectUSA, the U.S. government’s investment attraction agency, and the development of the U.S. National Travel and Tourism Strategy.

Prior to forming CMPartners, Mr. Hyatt was a principal at Conflict Management Inc. and a management consultant with Bain & Company in its Boston, London and Munich offices. At Bain, he led teams of consultants analyzing and implementing a variety of strategic and organizational projects at leading American and European multinational corporations. His work focused on strategy development, mergers and acquisitions, sales and marketing strategy, and training. Mr. Hyatt also has been an Associate at the Harvard Negotiation Project where he taught seminars for business executives, law and other graduate students.

He received his B.A. from Yale College, his J.D. from Harvard Law School, and was a Fulbright/West German Exchange Service Scholar.