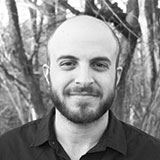 Naseem Khuri is a Principal with CMPartners, where he delivers workshops and conducts trainings on negotiation, conflict management and effective communications to a variety of private and public sector clients. He is also a senior advisor to the Kennedy School Negotiation Project at Harvard Kennedy School (HKS), where he develops and delivers customized capacity-building workshops to mid- and high-level public sector clients in Europe and Asia and to local government staff, military personnel, and law enforcement agencies in the United States.

Previously, Naseem was executive director of the Dubai Initiative at HKS, where he served as a bridge between the school and the Dubai School of Government. There, he oversaw the program’s budget and fellowship program and created, developed and funded innovative research and outreach programs aimed at advancing scholarship in and increasing awareness of Middle Eastern issues at HKS. Prior to this appointment, Naseem was an associate with CMPartners, where he developed intellectual capital and promoted organizational capacity building methods. He also co-founded the American Diaspora Alliance for Israeli-Palestinian Peace (ADAIPP), a group of Jewish and Arab Americans advocating for sustainable peace process design in the Middle East.

Naseem has a Masters in Public Policy degree from Harvard Kennedy School and a Bachelor of Arts degree from Bowdoin College.